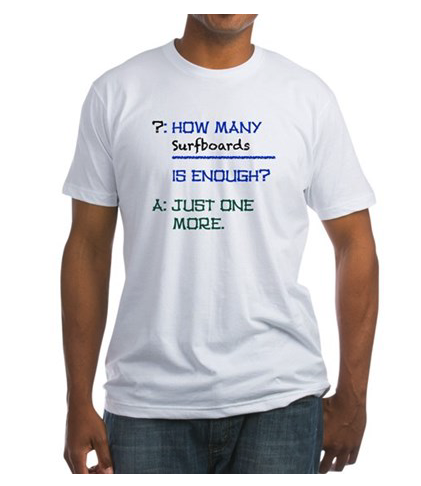 If you have ever been asked by your wife, spouse, partner, friends or family “How many xxxx are enough?”, before you jump into a 12 step program to save the habit, maybe you just need the right answer. Earl used to say “Just One More!” when that question was tossed around the house.

It is funny that people thought of Earl Banes as the “Early Bum“. The truth is he did more before 9 am than most people do all week. If you want to show the world that you don’t have a problem, you just want to make sure you get it right, get your Just One More shirt today.

While most people talk about the early bird getting the worm, Earl always told his grandchildren that the Early Bum gets all of the best things. The best deals, the best waves, the best powder after a new snow and the freshest food all went to the ones that were early. Fashionably late is great for the runway models in Milan, but here on the west coast, early wins.

The first one of course is surfboards, but there are more to come. 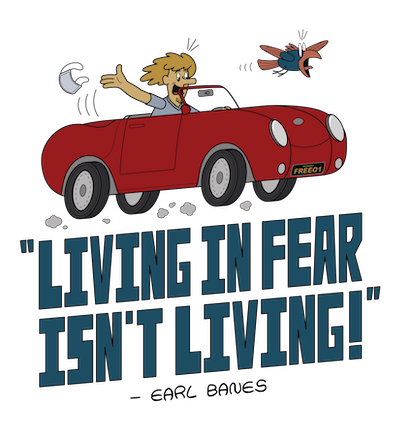